The Priority of the Word

As I’ve been preaching through the book of Acts, I’ve been excited about reaching chapter 20 (only took me 14 months to make it here!). I love this chapter for two reasons: Paul’s farewell address to the Ephesian elders, and the story of Eutychus.

Over the years I’ve joked that the reason I love the story of Eutychus is because it allows me to say, “As bad as my preaching is, at least it’s never killed anyone.” Paul can’t say that. However, there is a much more serious point to this story.

We occasionally get caught up in the amazing and unique aspects of a story and miss the underlying point. We fixate on the Jonah’s sojourn inside the big fish and forget the whole point behind it; things like Israel’s racism and failure to be a missionary people, God’s sovereign choice to have mercy on whom He will have mercy, etc.

In Eutychus’ case, we focus on the sleeping in church, falling out of the window and dying, etc. and we overlook one thing. How little attention is given to the whole thing.

Just a refresher. Paul is preaching in at a Sunday night church service. He preaches on and on and on, past midnight. It’s at about that time that poor Eutychus is finally overcome by sleep and makes his fatal fall. Paul goes down, prays over him, God miraculously brings the boy back to life, and they all go back upstairs.

Now here’s the really interesting part. They don’t spend the rest of their time focusing on Eutychus. They don’t put him on stage and begin asking questions. “What’s it like to be dead?” “Did you see heaven; what’s it like?” “Did you see your family?” “Did you see a white light at the end of a tunnel?” You get the idea. No one asked him to right a book on his “90 Seconds in Heaven,” though I’m sure he could have made a mint off of it.

No, instead they go back to the church meeting, share communion, and then Paul goes back to preaching. Amazing! It’s because they knew that the Word of God is the Priority! Eutychus couldn’t have told them anything that was more important than the Word of God Paul was preaching to them.

This is why they were here to begin with. This is in the days before weekends. Sunday was just another work day in . These people gathered together after work because the Word was that important. Paul spent so much time because he knew he was leaving in the morning, and there is just so much in this Word that is important to get out. Even a death and resurrection in their midst isn’t more important than the proclamation of this Word.

I’m sure you can make all the appropriate applications to the Word Faith types, and those who want to focus on miracles and revelations. It even has something to say to those who want to entertain just to draw crowds (boy, could Paul have built on this one!)

Folks, there is nothing more important, more relevant, more imperative for His people to focus on than the miracle of His written Word. May the church find this as our priority once again.

In case you're interested, here is the speech from David Robinson I mentioned in the last post.

I'm not the biggest basketball fan. Growing up in St. Louis, it was Baseball, Football and Hockey. Later I developed my passion (obsession?) with NASCAR. But being a sports fan in general, I have always tried to at least catch NBA playoffs and of course March Madness.
In the course of that, I came to appreciate David Robinson of the Spurs. Though a great player, he always seemed to be humble, and I often heard of his faith as well. He was recently inducted into the NBA Hall of Fame, and this genuine humility came through again.

Voddie Baucham did a wonderful job putting the Robinson speech along side the more self-centered address by legend Michael Jordan. I encourage you to go HERE and read it. Good job, Mr. Robinson.
Posted by Scott at 11:23 AM No comments:

As usual, I'm a day late on things. Living in the hometown of Edwin Hubble of Hubble Telescope fame, you'd think I'd pay some attention to things involving the old eye in the sky. Our local TV news did a little story on the latest pics from the telescope, and after following their link to the Hubble website I was overwhelmed by the pictures there. My first thought was "Our God is an Awesome God." So I'd been preparing to write about God's glory in the universe and direct people to the Hubble site. And then, lo and behold, Dr. Al Mohler just did that, and did a much better job than I ever would. So let me just direct you to his blog post HERE, and then encourage you to go the the Hubble site HERE and prepare to be amazed at our Amazing Creator God. He is Awesome in the strictest definition of that term. 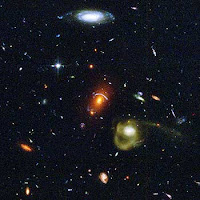 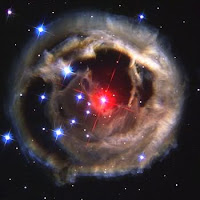 Obama Speech Not A Problem for Us

The whole controversy surrounding the President's address to our school children was not an issue for our family. Why? Because our children are not in government schools. Here's a great old video explaining why.

I have to admit that it’s been awhile since I read a Max Lucado book. Earlier in my ministry life I read several. And while I enjoyed them, to me they came to represent in part what was wrong with the church in general: namely, an overly simplistic approach to the Gospel; Christianity-lite. I know that sounds arrogant and judgmental. I really don’t want to be. It’s just that these books are in large part written for “the masses,” and let’s face it; like it or not, “the masses” in the church today have been taken in by a shallow Gospel; a “me-centered” religion where Jesus is my BFF, not the Holy Creator and Redeemer of the world.

Anyway, when Thomas Nelson offered to send an advance copy of Lucado’s latest book Fearless to review, two things made me say yes, both related to the topic. As the title suggests, this is a book about living life without fear; overcoming anxiety. And as I’ve confessed on this blog before, this is an issue I struggle with, so that’s one reason. And two, we live in a world of ever growing fear, so this is certainly a timely issue. So here we go.

There is much to like about this book. Like some previous offerings, it still has a tendency to be overly simple in its approach to the gospel. Often more care is given to turning a clever phrase than to adequately present the reality of man’s depravity vs. the holiness of God and the sacrifice in Christ that was necessary to bridge that gap.

However, there are some places where the message is less sugar coated. Speaking of the disciples in the boat with Christ during a storm, Lucado points out that “this story send the not-so-subtle and not-too-popular reminder: getting on board with Christ can mean getting soaked with Christ.” The Christian life is not the pleasure cruise so many want to make it out to be, and that reminder is welcome.

And yet, in the midst of those things, we are reminded that God has commanded us to not fear. Lucado points out that the largest percentage of direct Christ-issued imperatives in the New Testament are of the “Do not be afraid” variety. Have courage. Take heart. Do not fear. It’s a command.

The book then deals with a variety of areas in which we experience fear: fear of insignificance, fear of violence, fear of global crisis, fear of death, fear of the future. In each case, we are given some good Scriptural reminders of how God has made provision for these issues. Ultimately, the reminder is that God has given us Himself: just as Christ was in the boat with his disciples, He has promised to never leave nor forsake us. We know that, but need the reminder often. In enjoyed the repeated focus on prayer and God’s presence, the ultimate fear busters.

I was a bit disappointed in the chapter on the “fear of disappointing God.” He actually suggested that Adam and Eve’s original sin stemmed not from pride, but from fear. He pushes the text a bit to make the point. And the truth is, that in our sin, we do disappoint God. So much so that it required the death of His Son to overcome the breach of relationship. But at the same time, I understand the point that those who are truly saved need to rest in the finished work of Christ, and not constantly live in fear that somehow we will do something to make God take back that salvation.

Likewise, I was a bit uneasy with one of the final chapter’s insistence that God cannot be defined by doctrine. I think I know what he’s saying; the whole “let’s not underestimate or limit God” kind of thing. But in truth, God has given us His Word to give us some “definition” of Himself, and that Word tells us to hold on to sound doctrine, to promote sound teaching, etc. We have to be careful not to open that door to wide so as to make anything and everything that claims to be “godly” acceptable.

Still, overall I enjoyed the reminders given here, and the group discussion guide at the end was certainly helpful. The whole thing could be summed up well by the quote from John Chrysostom shared by Lucado on p. 88: “What can I fear? Will it be death? But you know that Christ is my life, and that I shall gain by death. Will it be exile? But the earth and all its fullness is the Lord’s. Will it be the loss of wealth? But we have brought nothing into the world, and can carry nothing out. Thus all the terrors of the world are contemptible in my eyes; and I smile at all its good things. Poverty I do not fear; riches I do not sigh for. Death I do not shrink from.”

As Paul reminds us in Romans 8: “What then shall we say to these things? If God is for us, who can be against us? He who did not spare his own Son but gave him up for us all, how will he not also with him graciously give us all things? … Who shall separate us from the love of Christ? Shall tribulation, or distress, or persecution, or famine, or nakedness, or danger, or sword? … No, in all these things we are more than conquerors through him who loved us. For I am sure that neither death nor life, nor angels nor rulers, nor things present nor things to come, nor powers, nor height nor depth, nor anything else in all creation, will be able to separate us from the love of God in Christ Jesus our Lord.” (Rom 8:31-39)