Working While We Wait

We know our Lord is returning.  We know His Kingdom will come.  We know all things will be made right. So we live in hope.  But what do we do in the meantime?

It's hard to be optimistic about things when in this world our new administration has...

*committed themselves to furthering the slaughter of innocent babies...

*worked to legitimize perversion and mental illness as normal by appointing a deranged man who thinks he's a woman to a national health care post, commanding women's restrooms to be opened to men, and forcing schools to allow men to compete against women in sports...

*and includes "transgender faith leaders" to lead in a national prayer service.

Again, what are we to do?  How does the church respond, and how are godly people to live in this sin infested world?  Well, by getting busy for the Kingdom.  As I said in my last blog post, that's our priority, even while we still stand for truth in this world, we work for the world to come.  Here's more from Sunday's message looking at Matthew 25:14-30

In days gone by, I used to post on this blog much more often.  And in those bygone days, I would often address political issues and even support presidential candidates.  In fact, my support of one candidate actually got the attention of a St. Louis area newspaper, and once they picked it up, it actually led to me being interviewed by the New York Times.  Ahh, the good old days when I was marginally famous for a fleeting second.

I still feel very passionately about political issues.  I still believe that for Christian people to be good citizens of the land in which they live, in this nation anyway, means being involved in the political process.  Voting to be sure, but even campaigning, writing letters to elected officials, etc.  It's also a very practical thing. If you aren't involved, I tend to think you lose the right to complain.

In more recent times, not only has my output on this blog decreased significantly, but in these highly politicized times, I've chosen to remain silent on many of those issues.  Again, it's not that my opinions are any less fixed, or honestly, that I have less of a desire to share those opinions.  I sort of believe that everyone is entitled to my opinion.  And in the days ahead, I make no promise that I won't feel that urge to sound off about an issue or two.

My lack of posting on those issues comes down to two basic things.  One, because everything is SO highly politicized, because people are so hyped up about so many issues (some worth the hype, some not), and because it seems people are so easily offended, I'm just trying to be a bit more careful.  Again, not that I don't think some issues are worth getting pumped up about (abortion, the LGBT agenda, free speech, to name a few).  It's just that it seems no matter what you say, you end up making a bunch of people mad. 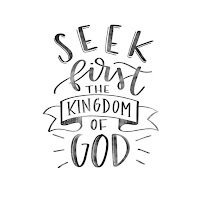 Not that I mind making folks mad.  Not really.  I mean, I like being liked as much as anyone.  It's just that if I'm going to make folks mad, I want it to be for the right reasons.  Which is the other basic issue I'm dealing with.  I've become more and more convicted of the simple truth that as a Christian in general, and a pastor in particular, I need to be focused on seeking the Kingdom first.

Now, I understand that when Jesus uses that phrase in Matthew 6 during the Sermon on the Mount, He's speaking in the context of not being anxious.  Don't worry about food and money and other worldly things, don't let those things make you anxious. Instead, Jesus says, seek first the Kingdom of God, and all the rest will be provided.  So, politics isn't in mind at all here.

And yet, there is a principle in the idea of seeking first the Kingdom and trusting God with the rest that does apply to every area of our lives.  Especially when we remember that as followers of Christ, our citizenship is in Heaven.  Our first loyalty is to our Lord and King, Jesus Christ.  And our first priority is the Commission He gave us to go and make disciples.  To share the gospel.  To see His Kingdom grow and expand in this world, even as we look to and long for the world to come.

Sadly, too many have equated the Kingdom with this or that earthly nation, this or that political cause.  Too many have equated being a good Christian with being a good Republican or Democrat or Libertarian, or whatever.  And don't misread this.  I think there are some political issues and policies that absolutely should be supported/opposed by biblically minded Christians. For example, I don't see how any self-professing Christian could ever support abortion or those politicians who support it.  Likewise, Scripture is clear on issues of sexuality and purity, and we ought to be clear in our stand on those issues, as well as supporting politicians and policies who are in agreement with the Scriptural view. 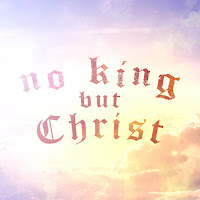 And yet, the reality is my focus needs to be on the Kingdom.  Preach the Gospel.  Make disciples.  Because only changed hearts will change the world.  Seek first the Kingdom, and let God handle the rest.  Again, I'm not advocating holing up somewhere and ignoring this world.  I still encourage folks to be involved.  I still want to fight for my rights as a citizen the way Paul did in Acts 25.

But I choose to focus my attention first on the Kingdom.  That's my true citizenship, and deserves my attention.  This world will pass.  This nation will pass.  My hope is not in presidents and policies.  The church has endured through so much worse, and will endure regardless of godless politicians and even persecution.

In the end, the cry of my heart is the same as the church through the ages:  "Come, Lord Jesus!"

I used to be a Boy Scout.  Way, way back in the day.  As in before Scouts simply became a political tool.  But I digress.  As most folks know, the motto of the Boy Scouts was "Be Prepared."  Not such a bad motto.

As we've moved into chapter 25 of our study of Matthew, Jesus reminds us that being prepared for His return is a rather important issue.  He tells a parable which shows that not all who claim to be ready truly are.  And for those who are found unprepared when our Lord does return, the verdict is sad indeed.

An Overview from Olivet

Some texts are just harder than others to deal with, interpret, apply, etc.  All of Scripture is perfect, so the difficulty comes from our sinful minds, not God's delivery.  Still, when it comes to things like eschatology in general, there are so many "sides", so many competing agendas, that it's sometimes a struggle to know where to come down.

In our study of Matthew's Gospel, I've been dreading coming to the Olivet Discourse for this very reason.  There are so many various ideas of what Jesus is talking about in various sections of the text.  Good, godly men that I respect genuinely disagree.  So what's a guy to do?  Well, you'll have to tune in to find out.