Unity Among the Brethren

“Behold, how good and pleasant it is when brothers dwell in unity!” (Psalm 133:1)


What a wonderful thing when brothers live together in unity.  And yet, how often do we not?  Oh, we can laugh about sibling rivalry.  Lots of folks had fun this past weekend with the Super Bowl and the family rivalry of having the opposing head coaches be actual brothers.  I’m sure there has been, and probably will continue to be, a little tension in the Harbaugh family. 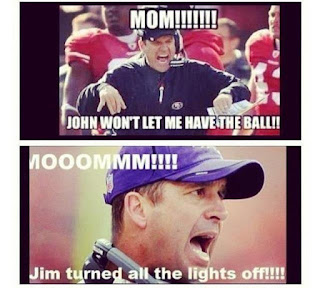 And of course, it’s nothing new. The first recorded sin, other than of course The First sin, was the crime of one brother murdering his brother in a jealous rage.  Sibling rivalry taken to he extreme.

Down through the years, the pattern repeats.  Jacob and Esau.  Joseph and his brothers.  Jealousy, sibling rivalry, call it what you will, so often brothers (and sisters) don’t live together in unity.

Sadly, it’s no different in the family of God.  It should be.  But it’s not.  We are told that we are one in Christ, united in Him, and that we ought to be eager to maintain that unity.  (Ephesians 4:3).  Oneness in Christ is a major theme, unity in diversity, seeking the good of one another, bearing one another’s burdens, on and on.

And yet, so often we see within the family of God the whining and bickering of baby brothers and sisters.  Why is this so hard?  Is it just selfishness and immaturity?  Is it a case of too many unconverted church members?  Is it just that my expectations are too high?

Again, it’s not like this is anything new.  There was rivalry and squabbling among the twelve while Jesus still walked the earth.  Paul often had to step in and referee church fights (as did countless other church leaders, no doubt).  But why is this?  And, then, why is it such a big deal?

Well, how about this for a reason to be a big deal.  In His great priestly prayer in John 17, Jesus prayed this:  "I do not ask for these only, but also for those who will believe in me through their word, that they may all be one, just as you, Father, are in me, and I in you, that they also may be in us, so that the world may believe that you have sent me.” (John 17:20-21)

Jesus prays that we would be one, so that the world would believe.  Our testimony is affected by our oneness, or lack thereof.  The poor Harbaugh brothers had their sibling rivalry broadcast on national television.  While our squabbles with our brothers and sisters may not reach that scale, trust me that the effect can be nearly as far reaching.

How many local coffee shops are passing gossip that started with one supposedly Christian brother/sister talking about another brother/sister?  And how many non-believers here that gossip, hear how we treat one another, and are lead to doubt the reality of our entire testimony about God?  If it’s true that we are known by our love (John 13:35), then it’s true that we can also be known by our lack of it.  It’s true in our relationships with our Christian brothers and sisters of all kinds, and especially true if our brother/sister happens to be our spouse (how sad to see so many Christian marriages falling apart because of this same selfish and unloving attitude).

I don’t know anything about the Harbaugh brothers.  I’m sure they love each other and that much of the “rivalry” stuff out there just comes from the media playing up a fun angle for the Super Bowl.  But the truth is, folks are like that in most situations.  They see something, and whether it reveals a true underlying issue or not, the perception is going to go far in forming opinions.  If we seem to not like each other, if we speak ill of one another, if we gossip and tear one another down, then I don’t think too many folks are going to believe we truly love one another and seek each other’s best, and bear one another’s burdens.  How very sad.

Truly, how good and pleasant it is when brothers dwell in unity.  May our desire always be to see that unity maintained so that the world will believe.  And may we put our effort daily into seeing that desire become reality, always ready to follow Paul’s command to “Do nothing from rivalry or conceit, but in humility count others more significant than yourselves.”  (Philippians 2:3)
Posted by Scott at 1:47 PM