Sorry for the strong language there.  Doggie doo isn't something I normally talk about in public.  But I can't help but think of the analogy when I hear so many well meaning Christians talk about wanting to see The Shack movie, recommending it to friends, etc.  They say it's a “beautiful story of forgiveness”, and we can overlook any shortcomings it may have when it comes to what it says about God, because it is after all, just fiction.   Well...

I'm not going to give a lengthy critique of the book/movie and what it teaches.  For a lengthy treatment on that, I recommend Tim Challies wonderful review of the book (here as a pdf file).  I think most folks have heard the debate.  Most are aware of the issues involving the author's portrayal of the Trinity, the nature of God's Sovereignty, the nature of salvation, etc.  All of those are presented in non-biblical, and even anti-biblical ways. 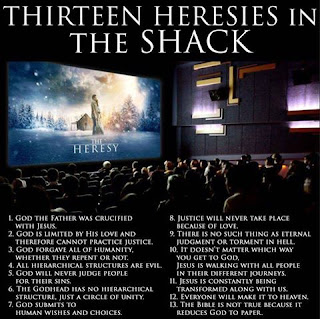 My point here is to simply address the argument that we can overlook these things in light of what a “good story” this is.  The emotional part, the feel good part, outweighs the poor theological part, right?  Well, that's where the doggie doo comes in.

There's a great old sermon illustration about a father trying to teach his children about what should be acceptable for them in terms of entertainment.  Games, books, movies, etc.  His kids had been trying to convince him of why they should be able to see one movie in particular.   It had their favorite actors.  Everyone said it was great, even some Christian friends.  It only had minor sexually suggestive material, only some profane language, and only three times where the Lord's name was taken in vain.  Otherwise, it was a fantastic movie with great effects, etc. But the father wouldn't give in.

Later that evening, the dad asked his kids if they'd like to have some brownies he just baked.  He said he used the families favorite recipe, used all the best ingredients, gourmet quality in fact.  He baked it at just the right temperature for just the right amount of time.  However, he added one little special ingredient...that's right...the doggie doo. 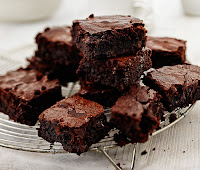 Of course, the kids were horrified and disgusted. No way were they eating that.  Dad tried to remind them of how good all the rest of the ingredients were, and told them that it was only a little bit of doggie doo.  They would hardly even notice it.  But as you can imagine, the kids still refused to eat the special brownies.

Now, I'm sure you can see the application of that story for what we read and watch and entertain ourselves with on a regular basis.  And I admit that when it comes to my favorite action films, I may have choked down a bit of doggie doo on occasion and tried to justify it.  Judge me if you will.  But here's where The Shack, for me, is a bit different.

But, again, people will say: It's only fiction.  Well, two responses to that; maybe three.
1) The author never intended it to be “just” fiction.  He intends to teach spiritual truth, which is why the book is more dialogue than action.  It's didactic; intended to teach.  For him the theology is central.
2) Non-Christians will come to see this film, and since Christians are talking it up as a wonderful “Christian” film, they will walk out assuming that what it teaches about God, His nature, salvation, etc. is all true.  Is this what we want to teach them?  And..
3) Fiction is no excuse for heresy.  It's still doggie doo.  Regardless of the “vehicle”, books or movies or whatever, to present God in any way other than how He has revealed Himself in Scripture is dangerous and unwise.

So, I probably won't change anyone's mind about going to see this movie.  And in the end, a Christian won't lose their salvation if they do, unwise though it may be.  I'll just lift my glass in a toast to you and hope you enjoy eating your doggie doo.
Posted by Scott at 8:51 AM